Oracle Virtualbox is a desktop virtualization technology used by many developers and system administrators to be able to quickly run a virtual operating system on top of their workstation OS. It is freely available from Oracle and has a widespread adoption. Even though it is a robust solution for running virtual machines on your workstation it can in some situations have some issues. Especially when you change the location of your virtual disks there might be a strange error in the Virtualbox gui. 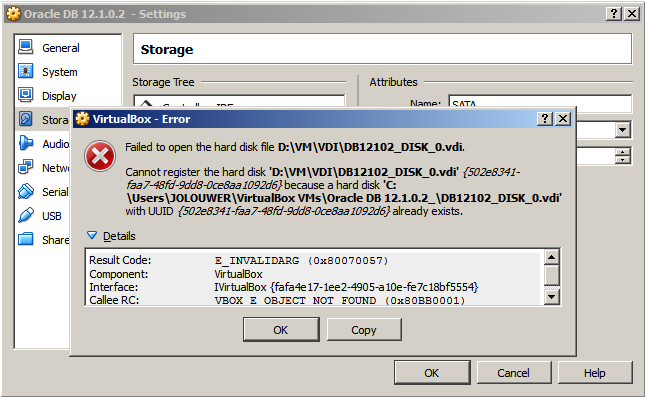 The message reads that virtuabox cannot register the hard disk with a specific UUID because a hard disk with the same UUID is already know. This is due to the fact that virtualbox keep track of virtual disk files with a combination of UUID and location. As you move the file it is seen as a different virtual disk however with the same UUID. Solution for this is to change the UUID in the file so Virtualbox will see it as a new disk and you will be able to attach it to your virtual machine again. On windows (host) systems this can be resolved by executing the below command:

After executing this command you will see that you are able to attach the disk without any issue and can use it again while running at its new location.
Posted by Johan Louwers at Tuesday, August 05, 2014