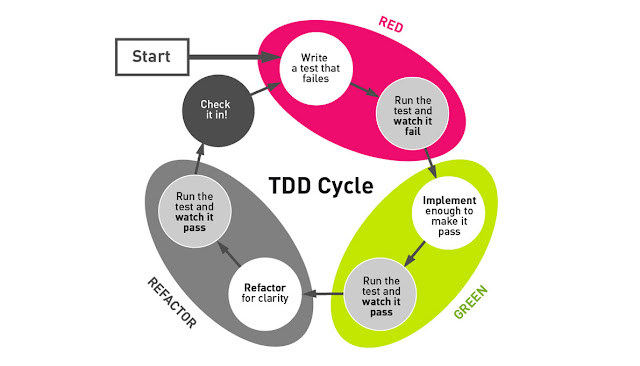 Posted by Johan Louwers at Tuesday, November 27, 2018 No comments: 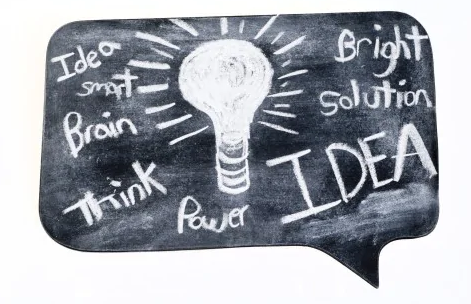 When building microservices or functions which will run from a container you want to provide them as little configuration as possible while at the same time you want them to allow to be configured dynamically at the time of startup. To make the problem a bit more interesting, you want to be able to scale up and down containers dynamically. This problem is directly visible when you are building functions in, for example, Oracle project Fn. A function is in effect a docker container which will only live for a very short amount of time.
s
We did mention configuration we should actually split configuration into two parts; one part is actual configuration and one part is secrets. Configuration is stored in a central configuration store (for example consul from Hashicorp) and secrets are stored in a secret management solution (for example vault from Hashicorp). Making a distinct split between secrets and configuration is a best practice.

The simple bootstrap
Let’s say that you need to build a microservice which needs to call another service within your landscape you might potentially need the following two things to allow your microservice to call the other microservice; (1) a URL and (2) a shared secret for authentication. 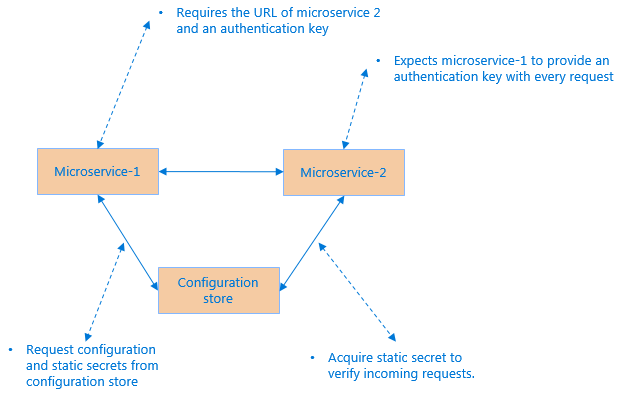 The above works and already provide a relative better implementation than building in all configuration and keys needed for microservice 1 to communicate with microservice 2.

Bootstrap with service registry
The below model is a bit more complex, however, it is also providing some more options. In the below diagram all steps are done over HTTPS, you can however implement step 1 also with a socket connect from your docker container or you can select an IP which is only available within the Docker internal network and is not accessible from outside. 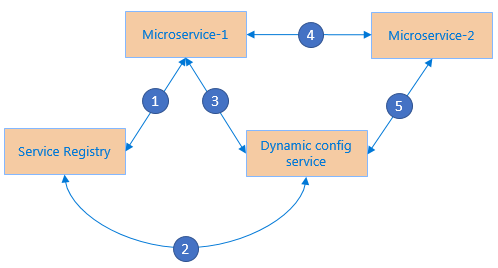 The reason you might want to secure the “service registry” service from the outside world is because it is key to gaining access to everything else.  In the above model the following steps are executed:


The benefit of this model is that only a service which is started within Docker can access the service registry and by enforcing this only a service starting within docker can acquire a key to communicate with the dynamic configuration store.