When operating large clusters consisting out of large numbers of nodes the desire to be able to execute a command on all, or a subset of nodes, comes quickly. You might want for example to run certain commands on all nodes without having to login to the nodes. When doing configuration solutions like Ansible or Puppet are very good solutions to use. However, for day to day operations they might not be sufficient and you would like to have the option of a distributed shell.

A solution for this is building your own tooling, or you can adopt a solution such as ClusterShell. ClusterShell is a scalable Python Framework, however it is a lot more than that. In the simplest form of usage it is a way to execute commands on groups of nodes in your cluster with a single command. That leaves open the option to do a lot more interesting things with it when you start to look into the options of hooking into the Python API’s and build your own distributed solutions with ClusterShell as a foundation for this.


If you do not have this you will have to make sure you locate and download the appropriate epel-release-x-x.noarch.rpm file http://download.fedoraproject.org/pub/epel/ . As an example, you could download the file and install it as shown below:


Now you should be able to use YUM to install ClusterShell on Oracle Linux, this can be done by executing the below yum command:


To test the installation you can, as an example, execute the below command to verify if clush is installed. Clush is a part of the full ClusterShell installation and being able to interact with it is a good indication of a successful installation.


To make full use of ClusterShell you will have to start defining your configuration and the nodes you want to be able to control with ClusterShell. The main configuration is done in the configurations file located at: /etc/clustershell . A basic installation should give you the below files in this loaction:

Posted by Johan Louwers at Thursday, August 31, 2017 No comments:

Ansible is an open-source automation engine that automates software provisioning, configuration management, and application deployment. Ansible is based upon a push mechanism where you will push configurations to the servers rather than pulling them as is done by, for example, puppet. When you want to start using Ansible the first step required will be configuring that central location from where you will push the Ansible configurations.  Installing Ansible on a Oracle Linux machine is rather straight forward and can be achieved by following the below steps.

You can do so by first executing a wget to download the file and than install it with the RPM command:


If done correct you will now have something like the below in your YUM repository directory:


if you check the epel.repo file you should have at least the "Extra packages for Enterprise Linux 6" channel active. You can see this in the example below:


Steps 2
As soon as you have completed the needed steps in step 1 you should be able to do an installation of Ansible on Oracle Linux by executing a simple yum install command.


Step 3
In basic your installation should be done and Ansible should be available and ready to be configured. To ensure you have the installation right you can conduct the below test to verify.

The file /proc/buddyinfo is used primarily for diagnosing memory fragmentation issues. Using the buddy algorithm, each column represents the number of pages of a certain order (a certain size) that are available at any given time. You get to view the free fragments for each available order, for the different zones of each numa node.

The content of /proc/buddinfo as shown below will show you the number of free memory chunks. You have to read the numbers from left to right where the first column each value is 2^(0*PAGE_SIZE) the second is 2^(1*PAGE_SIZE) etc ect.

An example of the content of the buddyfile on Oracle Linux 6 can be seen below: 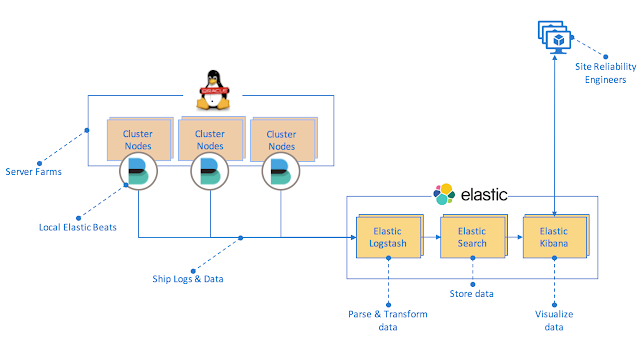 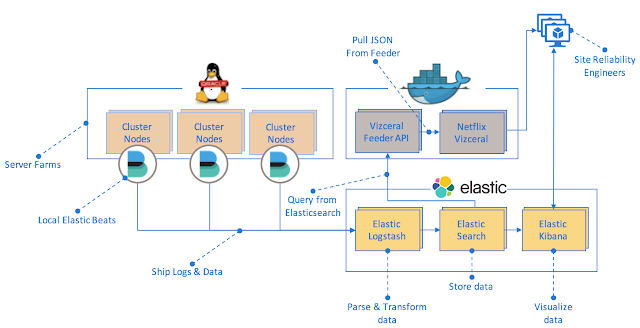 Installing Docker on a Oracle Linux instance is relative easy and you can get things to work extremely fast and easy. Within a very short timeframe you will have your Docker engine running and you first containers up and running. However, at one point in time you do want to start interacting with docker in a more interactive manner and not only use the docker command from the CLI. In a more integrated situation you do want to communicate over an API with Docker.

In our case the need was to have Jenkins build a Maven project with would build a Docker container with the help from the Docker Maven Plugin build by the people at Spotify. The first run we did hit an issue stating that the build failed with the below message:


The message need to be solved by taking two steps, (1) ensuring you have your docker Daemon listening on an external socket and (2) ensuring you set an environment variable.

Setting the Docker daemon socket option:
To ensure the docker daemon will listen, on port 2375 you have to make some changes to /etc/sysconfig/docker , location of this configuration file differs per Linux distribution however on Oracle Linux you will need this file.

You will have to ensure that other_args is stating that you want to run the daemon sockets. In the below example we have made the explicit configuration that it needs to run on the localhost IP and the external IP of the docker host.

Oracle Linux - IPv4 forwarding is disabled. Networking will not work

The below error might be what you are facing when starting your first docker container on Oracle Linux:


To resolve this issue you will to make changes to the configuration of your Docker host OS. In our case we run a Oracle Linux operating system with the Docker engine on top of it. To ensure you have forwarding active you will have to change setting in /etc/sysctl.conf . By default you will have the following:


You will have to change this into 1 as shown below


As soon as you have ensured the new settings are active, and only after you made sure they are active, your Docker containers should start without any issue.

Posted by Johan Louwers at Thursday, August 03, 2017 No comments: