The new social media is 3D

Do you think social media is cool, you think you know all about the ways to interact with social media platforms like facebook, google+, twitter and Weibo. Most likely you do if you are a frequent user of social media platforms. However, do you also know how the future of presenting the social media networks might look like. And it is good to know that a lot of people are already interacting on social media platforms and the number of them is still rising. Upcoming generations will see it as one the normal ways of interacting. Where we now have a large set of people who will never join a social network online in the future the adoption (in online countries) will be coming to a almost 100% in my personal opinion. Below infographic is showing the usage of social networks in 2011. 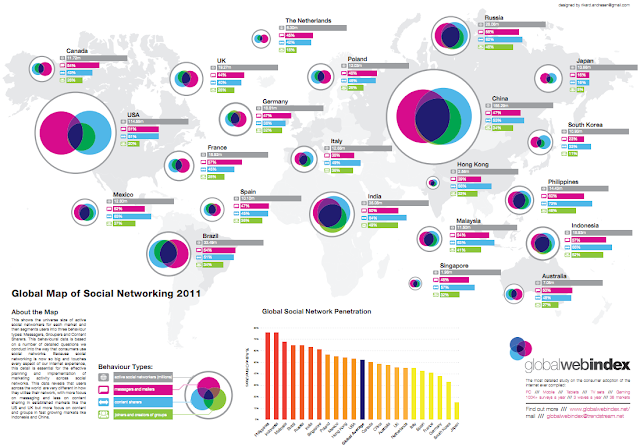 You can see some concepts online of how the future might look like. For example brandrepublic.com is showing a new way of interacting with facebook in a 3D setting. Just watch the video below which is made together with LG and is making use of a LG screen.


Now mix this thought with Google glasses (watch the movie below) and it will not come as a surprise that in the near future you might see people standing in the street making strange gestures. They might just be rearranging some topics in their 3D social media feed or responding to a message.